You are here: Home » Dues Paid vs. Paying Dues

UWUA Local 304 has seen many changes in it’s eleven years of existence, one of the most remarkable is the amount of retirees and new faces we’ve had. Many of the ‘old-timers’ who were around when 304 was organized are now gone, and not enough remain to inform and educate our new Brothers and Sisters about conditions that existed at Harrison before the union and what many members endured when organizing 304. 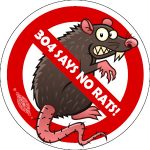 After Allegheny Energy flirted dangerously with bankruptcy, and the stock price plummeted, the managers credibility at the plant took a hit when it came to preaching the gospel of the company and the evils of a union. Not surprisingly, it was soon announced that we were “merging” (a.k.a. being bought) by First Energy. FE was a total unknown to most of us who knew Duke, AEP, Dominion and other power company’s adjacent to our service area.

Harrison employees banded together, shared what they learned of our new owner, and decided that organizing with the Utility Workers was the best chance to protect their wages, benefits, and working conditions at our plant.  However, our new owner had their own plans.

What followed was a bitter campaign for the organizing committee, assisted and advised by the UWUA, against the expensive and ruthless hired guns of the company who aggressively sought to defeat and confound the efforts in unionization.

There were the standard tactics of captive audience meetings, one of which featured outgoing Allegheny millionaire CEO Paul Evanson, as well as one on one meetings between managers and employees to exert enormous pressure on each individual to vote against the union.

In addition to the standard litany of half-truths, distortions, and outright lies, there were even more nefarious actions taken against union supporters. Some of the more outrageous examples of these were: 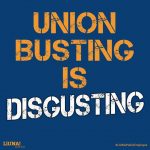 If an employee was a known union supporter, they were painted as a target and faced an all out assault by management to make them seem disloyal, dishonest, and incompetent, all at the direction of their high paid union-busters.

Harrison employees knew the only real power a union has is when they all stick together, and they did. They put it all on the line; their careers, benefits, retirement and reputations to endure and support each other during these tumultuous times.

In the end, Harrison employees voted for the Utility Workers Union of America as it’s exclusive bargaining agent with the company, which locked all the things that made working at Harrison a good job into what was called “status-quo”. This basically meant that First Energy could not just come in a make huge changes that affected the newly established bargaining unit without those changes being bargained and agreed to by the union. 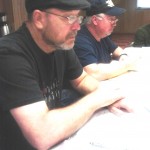 This started a second act of intimidation, abuse, and delaying tactics in reaching a contract. It took four years, in which time the company attempted to deny wage increases and variable pay/Short Term Incentive pay due to employees, while chipping away at the state of status-quo that they were legally binding to observe, but ignored.

This forced the union, through our first elected Executive Board, to take many complaints of the company’s actions to the National Labor Relations Board (NLRB). In the meantime, while legal battles raged, the company attempted to de-certify the union by petitioning for another union vote. To their great surprise, this vote revealed a growth of support FOR the union compared to the initial vote. 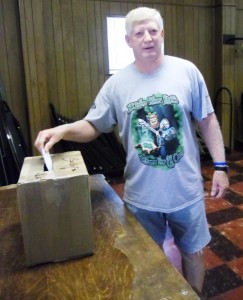 After almost four years, a $1.25 million dollar judgement against the company won by the union and a contract bargained with 304’s second bargaining committee, we began the process of being a union.

UWUA Local 304 started with a federally  mediated contract as it’s foundation, something that rankled many members who came from other long and well established unions with contracts built and evolved over decades.

Paying dues is the first thing those who knock organized labor seize on when arguing unions. The reason is simple; being union gives you the legitimate legal status to act, but doesn’t pay for representation when you do. That is why we pay dues to pay our own officers when acting in our behalf and legal counsel to support us when we need it.

Never forget about the dues already paid by those who came before that affords you these rights. Take them for granted and they will be gone. Union power is derived by a united membership all pulling together.

Read the article that appeared in The Utility Workers magazine in December, 2001, about Local 304.

← Management Schemes Part 3 – Putting Together a Plan
Stay with the Union! →