The High Price of Privatization 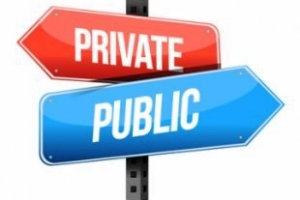 When you hear people talking about the “good old days’, you can trace their statements back to one fact; in those times they describe, there were certain things you can count on as simply fundamental. Those things were clearly defined roles of private and public services. Those things that were open to profiteering and plundering, and those things considered too important or essential to allow anyone to play games with. Public services formed a social foundation based on commonly held beliefs and values shared among all Americans and enforced by local, state, and federal agencies that were responsible for them.

The horrific bus crash in Chattanooga, Tennessee, that killed 6 children should be setting off alarm bells for anyone following trends and effects of privatizing essential services that have been traditionally been in the public domain.

Unlike West Virginia, Tennessee school officials sub-let the duties and the responsibility of transporting school children to and from school to a company out of Illinois, Durham School Services. This has become a very appealing option for cash strapped school districts.

Durham School Services is a subsidiary of National Expess, LLC, of the United Kingdom. They operate over 21,500 buses in 34 states. Durham’s safety record has been reported as “satisfactory” by the Federal Motor Carrier Safety Administration, but they’ve still had 142 reported crashes with injuries and three fatalities in the past 24 months.

According to Glassdoor, a website that rates companies from an employment perspective, Durham has a rating of 3.1 out of 5 stars, while comments by current and former employees range from describing the company as great to many more that seem to point to gross mis-management, rampant favortism, and a high degree of gamesmanship in addressing wages and benefits.

Durham workers allege a working environment of high employee turnover, both in management and workers, coupled with defective and outdated equipment, and a company more concerned with the bottom line. Most of the national job boards have postings for jobs with Durham in all the areas in which they operate. What’s not mentioned in the job description is that applicants, even those already in possession of the right CDLs and accredidations are required to attend a two month, unpaid, training curriculum, and, if they miss a day in that training, they have to start over at the beginning.

Durham has set up a system designed not to attract the best or the brightest candidates. They set up a system to hire those who will enslave themselves to a company whose pay is often less that $15.00 an hour.

One of our own members was made aware of the price and push for school busing privatization in an article written on his blog at The Daily Kos. The article did not get a lot of attention when written in September of 2014, but gives a personal account of the push for privatization and  the real effects on actual students and drivers.

Another article appeared on this site that was well researched and written by educator Dr. Daphne Greenwood of the Colorado Center for Public Policy at the University of Colorado. Her research warned of taking the accountability and decision making power away from elected officials and the reduction in transparency when public services are moved into the private sector. Her well defended conclusion is that such actions undermine the public trust, as well as democracy itself.

School bussing isn’t the only public sector enterprises being quietly pushed into the private sector. The privatizaton of prisons made news when it was revealed that a judge was investigated in a scheme in which he purposely sentenced teen offenders to harsh prison terms in a kickback scheme involving a privately operated juvenille detention facility in his district.

Charter schools, long touted as the answer for failed school districts, are also under fire for lack of transparency in the places in which they operate. Charter schools are turning out to be more of a symptom of America’s war on workers, more than an answer for any kind of failings by schools.

One organization that has successfully fought off being absorbed into the private sector is the United States Postal Service. With increasing competition from UPS, Fed-Ex, DHL, and other private carriers, the post office employees have been attacked in the market as well as from Capitol Hill.

One industry the UWUA is very familiar with is public water supplies, in it’s battle with American Water. Our members are doing more than just protecting their jobs. They are protecting the communities they serve and live in when American Water cuts staffs dangerously low and do other things that put the public they serve at risk.

. Once an industry is in the private sector, a veil of secrecy decends over it as greedy CEOs start hacking the system to pieces, attack employees’ collective bargaining rights, and transform the industry to just yet another stock market symbol, more interested in shareholder return than safety or accountability.

As the lines between business and government becomes even more blurred, it’s more important than ever that we recognize the importance politics plays in our daily lives and the effort of business to usurp those essential public services for their own greedy ambitions, and for the enrichment of a small and select few at the price of the rest of us.

The sale of children into prison, or the death of children on a school bus are high prices to be paid in service of a social, economic,  and political philosophy based on destroying unions and enslaving workers.