The Passion of Those Who Support 304

You are here: Home » The Passion of Those Who Support 304

The reason union organizing drives and drives to de-certify a union can get so tense and adversarial is because those who favor unionization are passionate about it and willing to stand up and defend it.

The act of forming a union, especially in this day and age, is an uphill battle. Corporations have shown a willingness to spend millions of dollars to deny workers the right to organize by hiring mercenary labor relations firms who basically come in and take over managing the plant and galvanize every company manager and supervisor against the organizing effort. They will bend the rules, to the point of breaking, and enlist fear and division to strong arm the workers into voting against their own best interests to reject being union. 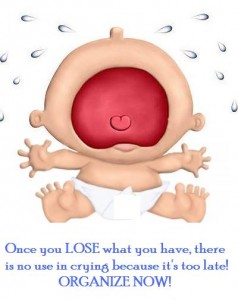 UWUA Local 304’s story is a great example of workers demanding a say in the workplace that sustains them.

Monongahela Power Company was an old, solid, and respected utility back in the days when companies were based locally and they took active and positive interest in the customers they served and cared for the employees that made them successful. These were the days when the Plant Director actually had the authority and power to make decisions at the local level and the integrity to reject initiatives from company stooges that were not in the best interests of the plant or people. Many of the old veterans of Harrison Power Station described the atmosphere created by that kind of leadership as being a part of an extended family of working people with the noble mission of keeping their neighbors safe by making sure the electric stayed flowing.

Then along came Allegheny Energy, which consolidated many small local utilities into one conglomerate. This was the era of Enron and de-regulation that stoked the greed of opportunistic business men and got them interested in utilities. You see, before all that happened, most utilities were thought of, in the financial world, as stodgy widow and orphan stocks that reliably paid meager dividends and were run by dull geeky engineering types with thick glasses and pocket protectors.

The employees of Harrison helplessly watched as the money men took over, the old management was retired and replaced with “yes men” who blindly took orders from the home office, and soon the company was “diversifying” into unfamiliar “ventures” while the discipline and money that kept their primary mission of making and distributing power went away.

While the business executives looked for ways to leech every dollar out of the company, this led to years of high handedness by local management, favoritism, nit-picking, wage disparity, and the workplace being dominated by backstabbers, double dealing, and infantile behavior of managers with huge unchecked egos; the employees said enough is enough and began organizing.

Of course, just saying you’re organizing can get you fired in many shops, and always paints a target of the back of those who carry the fight. The workers at Harrison were no different then as they are now, except maybe a little older. They were all people who had wives, kids, grand-kids, mortgages, car payments, and all the normal pressures many of us still have, but they believed in the need to draw a line in the sand and have a voice in their workplace.

Anyone who has never been through an organizing campaign can never understand the kind of stress these people endured or the amount of risk  they faced just for standing up and exercising the often denied right to form a union. Those who went through this came out as brothers in arms, veterans of the war on workers. 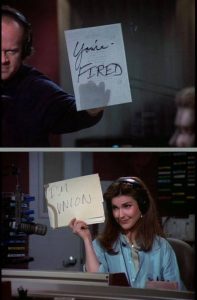 That’s where the passion comes from. It came from workers standing together and doing something meaningful to protect the jobs each one relied on. When anyone who participated in that feat hears someone bash the union, threaten to vote it out, or flippantly assert  that all they have to do is vote a union back in if they don’t like being non-union , it really ignites a fire in them because they lived through what it takes to get a union in place so that we can deal with our corporate owners on a fair and even plain.

Kid yourselves if you want to, but doubt runs high that anyone who would work to break a union could ever muster the kind of courage it takes to organize a successful union drive, even if another union would have us after de-certifying, which is highly unlikely. A union is about looking out for each other, while breaking a union is about a few individuals pursuing interests that only benefits them at the cost of everyone else.

← Labor Day Is About U(nion)!
UWUA To Stay at Harrison! →