You are here: Home » Working Without Prosperity 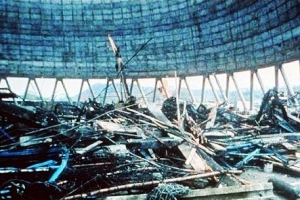 Anyone who works deserves to have some small amount of success, even if that success only consists of the feeling one gets from being a self-supporting and contributing member of society.

West Virginians are in a special circumstance when it comes to work and prosperity. After decades of labor strife, a few coal miners did

see a brief period of prosperity from their labor, but with the shrinkage of unionization and the influence of the UMWA, even that small window seems to be closing.

Before the industrial revolution and the discovery of our rich coal reserves, West Virginians were mainly farmers, trappers, and hunters. As our country moved deeper into industrialization, those who would seek to exploit our rich coal supply for their own greed moved into our state. They cheated landowners, bought political influence, and set up shop at the head of many hollows to establish mines and start hauling out West Virginia coal.

West Virginians themselves have not benefited nearly as much as those absentee landlords who owned and operated the mines they worked in. As a matter of fact, West Virginia continues to be one of the poorest states in the nation, an odd happenstance that is in contrast to our rich energy and timber reserves. What workers of this state have reaped are pollution, destruction, and death.

On December 06, 1907, the Fairmont Coal Company mine in Monongha blew up, creating the worse mine disaster on record in the United States before or since. Official numbers set the count at 361 dead, but this was an era of child labor and the flood of immigrants who worked, undocumented, beside family members who were paid by the short ton for all the coal they loaded each shift. Many old timers claim that the count was far higher, possibly as many as 600, when taking these factors into account. 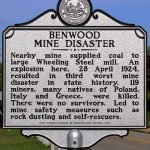 Then there is the 38 miners lost in the Boissevain Mine explosion in 1932, or the Consol #9 mine explosion in Farmington in 1968 that claimed 78 miners(the third such explosion in the mine formerly known as Jamison #9), or Holden, Nellis, Robinson-Ferrell, or Eccles #5 and #6, or the Clinchfield Coal Company’s Compass Mine at Dola, just up Route 20 from Lumberport that killed 22 men. Sago and Upper Big Branch are names of West Virginia mines added to the list of disasters visited upon the people of our state and that have become synonymous with tragedy and loss.

Lest anyone thinking that the plight of West Virginia workers lie only in the dark coal mines of our state, there is also the collapse of a scaffold in a

cooling tower, known as the Willow Island disaster, that killed 51 workers in 1978.

In fact, the worst industrial “accident” that ever occurred had nothing to do with coal mining, but happened in the New River Gorge area of West Virginia. This was the Hawks Nest Tunnel tragedy. This project of Union Carbide sought to divert the New River for power production to feed the plant in Alloy, West Virginia. Began at the height of The Great Depression, workers dug the 3 mile tunnel in record time, completing it 10 weeks ahead of schedule. The workers, desperate for gainful employment, either

did not know or understand that they were digging through Silica, a substance that causes silicosis in the lungs and is very damaging and even fatal. Many people have stated that it is impossible to quantify what a workers life is worth, but after years of lawsuits against the tunnel’s contractor, the settlement ranged from $400.00 for an unmarried black man to a $1000.00 for a married white man. In typical West Virginia fashion, the offending company settled $4 Million dollars in lawsuits for a paltry $130,000 dollars. Half of that settlement was claimed by the attorneys representing clients, who also recieved an added secret sum of $20K in the settlement insuring against any further lawsuits, and, on

the demand of the defendants, turned over all plaintiff files to them. In total it has been claimed that almost 500 workers died from exposure to silica dust. This number cannot be certified since tuberculosis was rampant throughout the country at the time and many may have died and been classified as victims of TB. What is known that death by overexposure to silica is a painful and miserable way to die, with one family member claiming that an affected relative actually kicked the bed they were dying in to pieces when in the throes of a fit of spasmodic coughing and gasping for air.

Families of West Virginia workers also suffered indirectly, through the loss of the

bread winner and patriarch of the family, but also suffered directly from those who came to our state to rape the land, reap the resouces, and then leave like thieves in the night. Each incident described above represents grieving widows, orphaned children, heartbroken parents, and all the social and economic woes such conditions cause.

Earthen dams had been simple and easy contructs for coal companies to capture coal wastes. That was until the Buffalo Creek Disaster in 1972. Pittston Coal had a dam at the head of a hollow on Buffalo Creek, WV. In a torrent of several days of

rain, the dam became sodden and soft. On the morning of February 26th, the dam burst. Many residents were still asleep when a wall of muddy coal waste laid waste to everything in it’s path  An estimated 132 million gallons of water came roaring down the valley, killing 125 men, women, and children. 1,100 people were injured and 4,000 homes were destroyed. An emergency shelter was set up at the Man High School and survivors combed the wreckage looking for loved ones and lost possessions.

Pittston later claimed the disaster to be an, “act of God”.

Again, in actions so typical of our state, one of the last acts of departing West Virginia Governor Arch Moore was a settlement of the multi-million dollar lawsuits against Pittston for the insulting sum of $1 million dollars.

Stories of the children who survived the disaster recall how anxious and nervous they would get  everytime it rained.

Why is all this worth recounting?

It’s because this is a history of labor in West Virginia. Despite the Mine Wars which shed some light on workers issues. West Virginians have, by and large, been poorly represented by local, state, and federal leaders, and exploited by ruthless corporations. It has been West Virginia workers blood that have purchased many of the country’s safety and health reforms, and it is those reforms that are under attack that we have to continue to fight for everyday.

The UMWA is one of the few unions to have any real success in this area. Those intrepid organizers for the UMWA braved the remote and rugged geography, faced down hired gun thugs, and brought a little social justice to exploited and abused workers in this state.

Another union that helped open the door for West Virginia workers is the Railroad Workers United, who represent railroad workers across North America, and fight the same issues as the rest of us.

It is this lack of representation that should inspire every worker in West Virginia to seek out a union of their choice and actively pursue joining. Unions are the purest forms of democracy in our country because they are ran by the workers, not politicians or absentee corporations. They are also an important source of vital information on issues affecting the industries they represent, giving workers information that is hard, if not impossible, to find anywhere else.

Unions that are organized and active act as checks and balances for people who work for a living and seem to be the ones largely ignored when political parties develop grand platforms promising prosperity and reform, but deliver more of the same year after year. Healthy and active unions hold these people to account for promises made in the heat of campaigns. 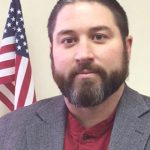 The West Virginia AFL-CIO, with whom we are affiliated with, represents over 575 affiliated unions who fight for all West Virginia workers, whether they are union or not. Unions set the bar for wages, benefits, and working conditions for all workers. UWUA Local 304 would like to wish departing longtime President Kenny Purdue a happy retirement and welcome his replacement, Josh Sword, to the top job at the helm of West Virginia’s labor movement.

(CLICK ON THE LINKS HIGHLIGHTED IN THE ARTICLE FOR MORE INFORMATION)

← Be Angry!
Utility Workers Getting Younger →