You are here: Home » Safety Suffers When Unions Suffer 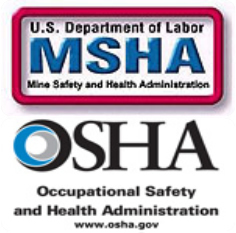 An employer in Jacksonville, Florida, is feeling the wrath of OSHA after a senseless workplace tragedy that took the life of a 32 year old worker. The death is senseless because OSHA required safegaurds were not in place and the employee lost his life because of this.

According to an OSHA press release (click to view):

“In August 2013, a 32-year-old machine helper entered a large wire mesh manufacturing machine to retrieve a fallen metal bar, and he was struck and killed by a part that feeds the wire into the machine’s welding area. The light curtain that would have automatically turned the machine off before he entered the danger zone had been disabled. Proper operation of the machine’s guards, a basic Occupational Safety and Health Administration requirement, would have saved his life.”

For that, a young employee is dead and the employer faces proposed fines totalled $697,700.00 dollars and additional violations has landed the employer on the Severe Violator Enforcement Program.

“This was a preventable and senseless tragedy,” said U.S. Secretary of Labor Thomas E. Perez. “When employers are serious about safety, everyone benefits. Wire Mesh Sales LLC failed to properly implement OSHA safety regulations, and a worker paid the ultimate price.”

OSHA proposes fines for the eight per-instance willful violations. A willful violation is one committed with intentional knowing or voluntary disregard for the law’s requirements, or with plain indifference to worker safety and health.

It is conditions such as these that should not be allowed in America. You have heard it said that America’s biggest export is our manufacturing jobs, while our biggest import is third world working conditions. The fact that 56 of these workers were not even native English speaking is a pretty strong indicator that these workers were not unionized.

The reason the U.S. leaders cannot agree on real immigration reform is partly because the party backed by Big Business wants these workers who will work for less than a living wage and are hard to organize because of their legal status and a serious language barrier.  Another group of politicians want the illegals because the family they have in this country who are legal will always vote for them.

Both  American political parties are equally guilty for lack of immigration reform.

One hard lesson for all unions is that a union must work for and protect the rights of ALL workers. That lesson has been learned and union membership is again on the rise. Illegal workers can’t do it for us, it takes American workers acting like Americans to get this done so we can apply those lessons learned of inclusion of all workers regardless of age, race, sex, national origin, or sexual orientation; not taking our unions for granted and becoming lulled in to lethargy; and holding our elected officials responsible for the things they fight for and fight against.