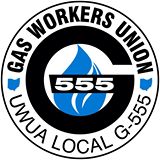 Most of you have heard that Social Media (Facebook, Twitter, Snap Chat, Insta-Gram…etc) is fast becoming a factor affecting your application for getting a job, but did you know that it may also play a role in your keeping a job?

The stories of prospective employers who dismissed a candidate from consideration for a position because of something stupid that was found on social media are not uncommon. Employers are using social media in many ways, many of them are still evolving. Companies are trying to connect with their customers in a more personal and intimate way.

Much of this effort is purely public relations. Social media can create a “warm and fuzzy” illusion between customers and a company that provides them a service. If that company has competition, social media can drive up customer satisfaction surveys, even if the service is not improved or even gets worse. Bottom line, companies with a strong social media presence are less likely to face criticism or backlash from customers and communities they serve when it comes time to push through initiatives to the comany’s benefit before government regulators, and they are more likely to forgiven for their transgressions.

For working people, social media may also give companies an advantage for monitoring their employees, especially when forming or managing a union.

Our Brothers and Sisters at UWUA Local G-555 are facing this issue head on.

In a charge before the National Labor Relations Board, The Gas Workers Union G-555 has stated that their employer violated their Section 7 rights to engage in concerted union activity by monitoring their members on social media and then used that unlawful surveilance to target members. According to the charge, members were interogated about certain posts, and that posts were even removed from the union’s forum resulting from intimidation of those investigations.

Simply put, the union says the company’s activities are a violation of members privacy and interferes with the union’s ability of self organization and administration.

The National Labor Relations Act states: “Employees have the right to unionize, to join together to advance their interests as employees, and to refrain from such activity. It is unlawful for an employer to interfere with, restrain, or coerce employees in the exercise of their rights. For example, employers may not respond to a union organizing drive by threatening, interrogating, or spying on pro-union employees, or by promising benefits if they forget about the union.

Section 7 of the National Labor Relations Act (the Act) guarantees employees ‘the right to self-organization, to form, join, or assist labor organizations, to bargain collectively through representatives of their own choosing, and to engage in other concerted activities for the purpose of collective bargaining or other mutual aid or protection,’ as well as the right “to refrain from any or all such activities.”

As employers try to dominate more and more of their employees’ time, their speech, and their activities outside of the workplace, it’s important to remember WE ARE AMERICANS FIRST!

Unions have a RIGHT to get their message out, and to discuss, debate. argue our points among ourselves.

Union Busting is moving into the 21st century, to online websites and social media, but, just like any other type of union busting, it can be defeated by the workers if we stand together and demand that our rights to free speech, free expression, and freedom from oppression be respected.